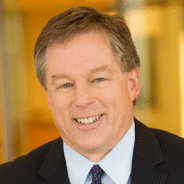 Bret Madole focuses his practice on corporate matters, mergers and acquisitions, banking, and intellectual property. According to Bret, “an effective lawyer understands the business terms of the deal just as well as the legal aspects.” Bret counsels individuals and companies from startup, implementing successful strategies for resolving problems with trademark, copyright, employment, licensing, governance, contracts, leases, mergers and acquisitions, and related issues. His clients span a vast array of industries, including advertising, marketing, construction, technology and product development.

In one case, a client decided to sell a business he had spent his entire career developing. “In this matter,” Bret says, “my work had more to do with counseling this gentleman about what he was going to do after the sale, how he would cope with selling ‘his baby.’ After several life-crisis delays, it was very rewarding when we got the deal done.”

Bret was educated at Birmingham-Southern College (1983) and earned his law degree at the University of Virginia (1986). In addition to his activities with the Dallas Bar Association (including service as chair of the Sports Law Committee) and other professional groups, Bret is the first lawyer to be elected to the board of the Dallas Ad League and is a board member of The Dream Fund.