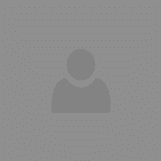 Brenda is a healthcare attorney who represents providers in issues such as Medicare RAC and ZPIC audits, Medicare/Medicaid fraud, federal/state compliance, scope of practice, STARK/Anti-Kickback, license defense, Medicare/Medicaid Provider Enrollment/Revalidation, Medicaid (MIC) audits, HIPAA, and other industry issues. Her expert commentary on healthcare law issues has been cited by media outlets such as NPR (National Public Radio, KERA Dallas 90.1), InformationWeek, and DecisionHealth’s Part B News and she is a frequent author and speaker. Her experience includes work with the U.S. Department of Health & Human Services on HIPAA enforcement and with the general counsel department of AmerisourceBergen Specialty Group (the subsidiary of a Fortune 20 pharmaceutical distributor). During the 82nd Legislative session, she worked at the Texas House of Representatives evaluating legislation before the Public Health Committee. She is an At Large Director on the board of Texas Women Lawyers and on the board of managers of the YMCA Collin County Adventure Camp. Brenda is licensed in Texas and admitted to the federal district courts for the Northern and Eastern Districts of Texas. She received her J.D. from SMU Dedman School of Law. During law school served as American Bar Association Liaison to the Standing Committee on Judicial Independence, Law Student Representative to Texas Women Lawyers, Westlaw Student Representative and judicial extern to the U.S. District Court of the Eastern District of Texas. She earned her B.A. from the University of Texas at Austin in both Government and Philosophy. She also holds a Business Foundations Certification from the University of Texas at Austin McCombs School of Business. A former journalist and staffer at the Texas House of Representatives, Brenda is particularly passionate about healthcare law, legislation, and policy.