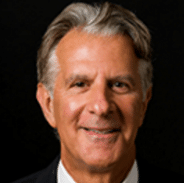 Business Entities, Business Law, Estate & Asset Planning, Mergers & Acquisitions, Taxation, Probate & Estate Admin, Securities–Robert E. Feiger practices in the areas of taxation, business law, estate and asset preservation planning, probate and estate administration and securities. He received a B.S.B.A. with final honors from Washington University in St. Louis, Missouri in 1971, where he became a member of Beta Gamma Sigma and Omicron Delta Kappa, and his J.D. and L.L.M. in Taxation from Southern Methodist University Dedman School of Law in a 1974 and 1995, respectively. While at Southern Methodist University, Mr. Feiger was on the staff of the Southwestern Law Journal. He served as Staff Attorney for the United States Securities & Exchange Commission in the Division of Enforcement in Washington, D.C., 1974 through 1977, and as an Assistant General Counsel for Betz Laboratories, Inc., a publicly-held company, in Philadelphia, Pennsylvania, 1977 though 1979. He currently serves as a member to the Advisory Council of The Dallas Foundation. He is admitted to the State Bar of Texas, and is also a member of the Tax Section of the State Bar of Texas.